A Note From Pastor Dave

We celebrate Easter in a season when life if being renewed, growing from the ground and in the buds on brown branches. Flowers bravely poke their shoots up into the unpredictable-ness of a Colorado Spring. It is a season when many of us are ready for the new, and I wonder if we are as brave as the tulips or crocuses, to hope and to start again. And while we may be reticent, I wonder, do you desire renewed life? Are you tired? Sad? Cranky? Discouraged? Lonely? Angry? I invite you this week to seek the renewed life in Christ’s resurrection hope with us.

I invite you to join us Friday evening as we remember the lengths of love; how Jesus took on suffering and death. And I invite you to join us on Sunday as we remember the resurrection. Paul writes that we follow this journey of death to life “so that we too might walk in newness of life.” May we experience that newness as we gather in the next few days.

Good Friday Service at 7pm. In-person and on Zoom. We will celebrate and remember the events of holy week through readings and music. We will begin in the upper room where Jesus broke bread and shared the cup, celebrating communion together as they did, and then move towards the garden and the cross. We hope you will join us for this meaningful service of remembrance and worship.

Easter Sunday: There will be two services. One at 9:30 am In-person and on Zoom and one at 11 am In-person only.

Join Us for In-Person Worship on Sundays!

Providence has returned to in-person worship in the sanctuary on Sundays at 9:30am with precautions in place. Our protocols have been updated and can be found HERE. The service will also continue to be shared live over Zoom and posted to the website by Monday morning as well for those uncomfortable with or unable to join in-person.

The food drive on 3/21 went very well and your generosity towards the PTF is greatly appreciated. Our next food drive for the Task Force will be Easter Sunday, April 4th. If you are participating in the service via ZOOM, donations can be brought in after the service between 10:30 and 11:30am. A list of their current needs can be found HERE. If you have any questions, please contact Steve Heald. Thank you for your continued support of this important ministry.

Pastor Dave will be hosting coffee and a conversation on Sunday’s sermon via Zoom on Tuesday morning 4/6 at 9am.
The sermon, for me, is best viewed as a conversation. So, I invite you to join me on Zoom on Tuesday mornings to share thoughts or questions that percolate for you from the sermon. Questions and quandaries are welcome! An email will go out on Monday that will contain a Zoom link for this gathering. Thanks in advance for considering!

April 8th at 7pm over Zoom.
Join me as we read and sit with the scriptures for upcoming Sundays. We will read together along with some art and poetry, listening together for what themes, questions, and insights emerge. I hope for another good group discussion. The reading packet and ZOOM link will be coming soon. Please join us!

Ride your bike for the orphans with the 2021 Team Zimbabwe Elephant Rock charity ride on Sunday, June 6th. The Zimbabwe Mission Partnership provides food, clothing, medical and educational services to 800 orphans. You can participate by riding, supporting a rider or donating to Team Providence. The rides range from 8 to 100 miles and are part of a weekend-long festival in Castle Rock. Dave Mosca will share a brief slide-show presentation on this mission effort in worship on April 11th. Explore the organization and register for the event at Zimpartnership.org. If you have any questions, please contact Dave Mosca.

Mom, Dad and the kids . . . Grandparents and Grandkids . . . Single Parents and Kids are all invited to Family Camp at Highlands! Enjoy our beautiful mountain setting, make new friends, renew old friendships and enjoy activities with your family. Stay in the Retreat Center, or enjoy our rustic cabins for a true camp experience. Our counselors will also spend time with you kids while you enjoy a quiet mountain view or a conversation with other adults. Take time . . . to relax, refresh and renew at Highlands this summer! Dates and more information are available at www.highlandscamp.org.

This week at Providence please keep the following people in your prayers: 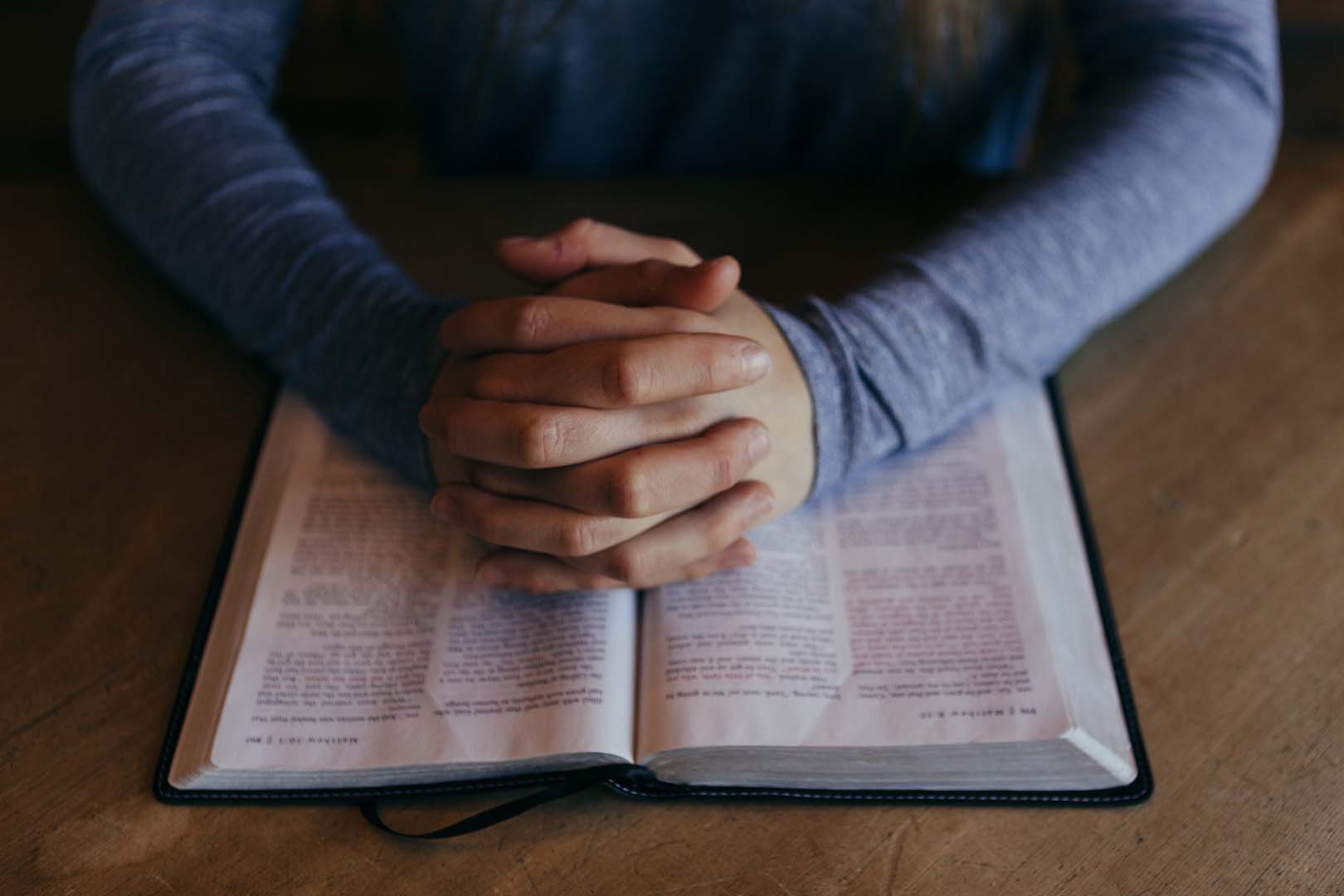 Hearing Loop is available in our Sanctuary

Early on the first day of the week, while it was still dark, Mary Magdalene came to the tomb and saw that the stone had been removed from the tomb. 2 So she ran and went to Simon Peter and the other disciple, the one whom Jesus loved, and said to them, “They have taken the Lord out of the tomb, and we do not know where they have laid him.” 3 Then Peter and the other disciple set out and went toward the tomb. 4 The two were running together, but the other disciple outran Peter and reached the tomb first. 5 He bent down to look in and saw the linen wrappings lying there, but he did not go in. 6 Then Simon Peter came, following him, and went into the tomb. He saw the linen wrappings lying there, 7 and the cloth that had been on Jesus’ head, not lying with the linen wrappings but rolled up in a place by itself. 8 Then the other disciple, who reached the tomb first, also went in, and he saw and believed; 9 for as yet they did not understand the scripture, that he must rise from the dead. 10 Then the disciples returned to their homes. 11 But Mary stood weeping outside the tomb. As she wept, she bent over to look into the tomb; 12 and she saw two angels in white, sitting where the body of Jesus had been lying, one at the head and the other at the feet. 13 They said to her, “Woman, why are you weeping?” She said to them, “They have taken away my Lord, and I do not know where they have laid him.” 14 When she had said this, she turned around and saw Jesus standing there, but she did not know that it was Jesus. 15 Jesus said to her, “Woman, why are you weeping? Whom are you looking for?” Supposing him to be the gardener, she said to him, “Sir, if you have carried him away, tell me where you have laid him, and I will take him away.” 16 Jesus said to her, “Mary!” She turned and said to him in Hebrew, “Rabbouni!” (which means Teacher). 17 Jesus said to her, “Do not hold on to me, because I have not yet ascended to the Father. But go to my brothers and say to them, ‘I am ascending to my Father and your Father, to my God and your God.’” 18 Mary Magdalene went and announced to the disciples, “I have seen the Lord”; and she told them that he had said these things to her.

Peter went up on the roof to pray. 10 He became hungry and wanted something to eat; and while it was being prepared, he fell into a trance. 11 He saw the heaven opened and something like a large sheet coming down, being lowered to the ground by its four corners. 12 In it were all kinds of four-footed creatures and reptiles and birds of the air. 13 Then he heard a voice saying, “Get up, Peter; kill and eat.” 14 But Peter said, “By no means, Lord; for I have never eaten anything that is profane or unclean.” 15 The voice said to him again, a second time, “What God has made clean, you must not call profane.” 16 This happened three times, and the thing was suddenly taken up to heaven. 17 Now while Peter was greatly puzzled about what to make of the vision that he had seen, suddenly the men sent by Cornelius appeared. They were asking for Simon’s house and were standing by the gate. 18 They called out to ask whether Simon, who was called Peter, was staying there. 19 While Peter was still thinking about the vision, the Spirit said to him, “Look, three men are searching for you. 20 Now get up, go down, and go with them without hesitation; for I have sent them.” 21 So Peter went down to the men and said, “I am the one you are looking for; what is the reason for your coming?” 22 They answered, “Cornelius, a centurion, an upright and God-fearing man, who is well spoken of by the whole Jewish nation, was directed by a holy angel to send for you to come to his house and to hear what you have to say.” 23 So Peter invited them in and gave them lodging. The next day he got up and went with them, and some of the believers from Joppa accompanied him. 24 The following day they came to Caesarea. Cornelius was expecting them and had called together his relatives and close friends. 25 On Peter’s arrival Cornelius met him, and falling at his feet, worshiped him. 26 But Peter made him get up, saying, “Stand up; I am only a mortal.” 27 And as he talked with him, he went in and found that many had assembled; 28 and he said to them, “You yourselves know that it is unlawful for a Jew to associate with or to visit a Gentile; but God has shown me that I should not call anyone profane or unclean. 29 So when I was sent for, I came without objection. Now may I ask why you sent for me?” 30 Cornelius replied, “Four days ago at this very hour, at three o’clock, I was praying in my house when suddenly a man in dazzling clothes stood before me. 31 He said, ‘Cornelius, your prayer has been heard and your alms have been remembered before God. 32 Send therefore to Joppa and ask for Simon, who is called Peter; he is staying in the home of Simon, a tanner, by the sea.’ 33 Therefore I sent for you immediately, and you have been kind enough to come. So now all of us are here in the presence of God to listen to all that the Lord has commanded you to say.” 34 Then Peter began to speak to them: “I truly understand that God shows no partiality, 35 but in every nation anyone who fears him and does what is right is acceptable to him. 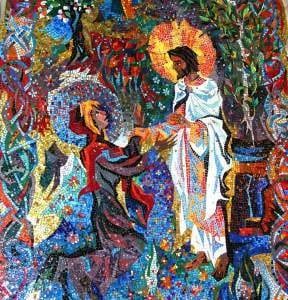